RESPONSE TO THE CITY OF TORONTO'S PROPOSED COMMUNITY BENEFITS FRAMEWORK 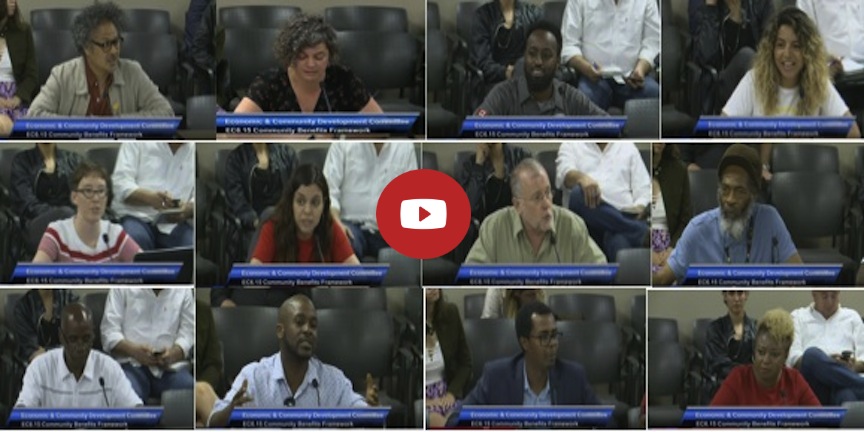 As a result of all our feedback at the Economic and Community Development Committee meeting at City Hall, the Committee adopted a series of motions that will help ensure that the work continues.

These motions are a step in the right direction, and City staff will be doing some further work on the policy in advance of Council. The report, along with additional information produced by City staff, will come to Toronto City Council on July 16 and 17 for the full body of Council to consider.